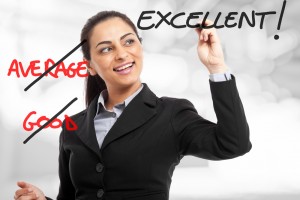 Just in time for Spring, our international student insurance plan updates for 2013 are complete! The Student Secure plan and Atlas Travel plan now offer even more comprehensive coverage for the new 2013-2014 school year at a reduced rate, meaning it is going to give students access to great international insurance options. Both plans have received enhancements offering greater coverage with less out of pocket expense- not only does this provide students with more coverage for less- but now we meet even more school’s insurance requirements. Some of the plan change highlights include the following:

Student Secure Plan: The Student Secure plan is the most sought-after student insurance plan that we carry, and for many reasons. It provides coverage that will meet most school insurance requirements, and goes beyond the coverage basics with benefits like maternity, mental health, organized sports and pre-existing condition coverage.

Each of these levels are now available to those who have a valid F1 or J1 visa- even if they aren’t a full time international student or scholar! Also, the Budget and Select level have both expanded their sports coverage and include even more intercollegiate, intramural and interscholastic sports.

You can still purchase both of these plans right online and receive same day coverage. Find out more on the Student Secure, Atlas Travel plan or the international student insurance plan updates for 2013 by contacting one of our licensed agents.

We live in Cuernavaca, Mexico. My son is going to study to Portugal in januarey 2014. Can we buy a 30,000 euros. insurance with you??? Thanks for your comments.

Yes, you can apply online directly through our website – or for Portugal specific information please visit:
http://www.internationalstudentinsurance.com/portugal-student-insurance/