International Students in the US 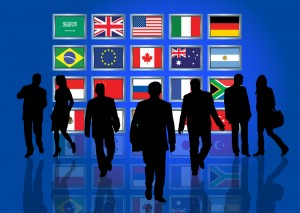 The year is almost to an end and the latest “Open Doors” report from the Institute of International Education(IIE) is in. The number of international students enrolling in colleges and universities within the United States continues to rise, this year brought 764,495 total, a 5.7 percent increase from last year, and a new record high. The trend of the leading country of origin continues to be China, giving Chinese students this title for the sixth consecutive year. Following in the lead is India, South Korea, Saudi Arabia and Canada.

Almost a quarter of the international students in the US studied business and management (166,733). The second most popular field of study was engineering (141,285) followed by math and computer science (71,364).

Of course the “Open Doors” report does not only track international students in the US. The number of US students studying abroad is also recorded and has recently increased by 1.3 percent. The latest results show that there were 273,996 US students who studied abroad for academic credit, the majority (58.1%) being short-term. A few of the top destination countries were the United Kingdom, Italy, Spain, France and China.

IIE has conducted research on international student trends both in and out of the US since 1919, in 1954 these findings became known as the “Open Doors” report.


Category: International Students in the USA

4 thoughts on “International Students in the US”

i blessing would also like to be part of the students who studied abroad,though presently in Nigeria but aiming to study where i can bring out the best in me in a given field

I hope you find the field that will best meet your needs. Once you decide on a field of study and school, you can use our school requirements database to see what insurance requirements you will need to meet.

Best of luck to you!

I am Owais qaiser from pakistan. Belonging to a poor family because of lack of studios enviroment, terrerism,my talent is wasted i now pass my fsc with 82% marks and have the ability to bring a new change in today science especially in biology and i have a full confident on my intelligence so give me a scholorship to start a research in biology as soon as possible. My aim of life is not to earned money but to achieves that peak point which is never achieved in centries i would be vary thankful to you for this act of kindness. Reply fast on my ID quickly

Thank you for your comment. Unfortunately we are only able to assist you with your insurance inquiries.

However, you might find the following link helpful when looking for a loan and scholarship.

Best of luck to you!